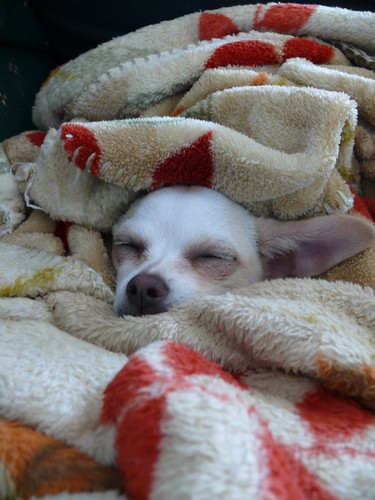 You snooze, you lose.
Photo via Just In Luv

Have you heard that saying that goes “90 percent of success is just showing up”?

In the business world, ignore that saying at your own risk! Here’s a little story for you.

I’m looking to outsource some administrative work that I don’t have time or inclination to do. I got a couple of referrals and reviewed their websites. One was a lot nicer than the other. The organization was cleaner, and it had better information about services.

Judging on looks alone, I knew what my choice would be.

But I’ve also heard this other saying: “Looks can be deceiving.”

So I emailed both at the email address provided on the sites. This was on a Saturday night. By Sunday, I already had a response offering a free consultation for the work I needed to outsource. And – you guessed it – the response was from owner of the website I didn’t like as much.

Monday morning, I called to schedule an appointment. By Tuesday afternoon, I was in the guy’s office. Talk about speedy service.

And I never got a reply from the owner of the other site.

Guess who’s 100 percent more likely to get my business? (Hint: It’s the one who actually seems to want my business.)

While I always advocate having well-written copy on your website, that’s still not the easiest way to earn new business.

Showing up? That’ll do it.

I think it’s such a smart idea that I use it myself.

For example, I had an opportunity to bid for a social media management project with a prospective client. Before I ever submitted a proposal, I knew the business owner had three potential service providers referred to her. I found out she called all three asking for information. I was the only one who called her back.

That’s good for me, of course, and it turned out that she and I have a similar social media marketing thought-process. The deal isn’t signed, but I have a 100 percent better chance at closing the sale than the other two people she called.

Why? Simply because I showed up.

In what ways have you “showed up” to help your clients?