Know Your Idioms: Beg the Question 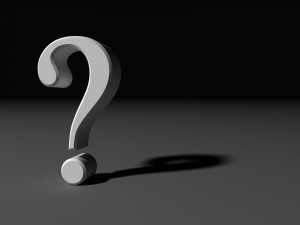 I’ll admit I had to look up the definition of this idiom just now. But I did know what it doesn’t mean.

So let’s start with that and then figure out what it does mean together.

It doesn’t mean that the acceptance of such-and-such fact logically requires something else to be called into question. More simply stated, this idiom is often used – incorrectly – to say that a certain question must be asked.

For example: Because traditional newspapers appear to be in decline, that begs the question: Will books and magazines go the same way?

Of course, we may want to ask that question in light of the declining newspaper industry. But no matter how important or logical the following question may be, please don’t use “begs the question” to preface it.

The first part appears to be proven by the second part. But the truth of the second part also relies on the first part being true. They don’t prove each other; they’re just saying the exact same thing and making it seem as though one is the cause of the other.

What to do instead? Say “raises the question.” Simple fix.

Let’s all work together to put this phrase to good (and correct) use.