Give Your Writing More Oomph with Active Voice 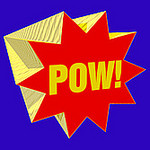 Here’s a quick and simple tip to inject more energy into your writing: Use active voice.

First, let’s address the difference between active and passive voice.

What is Passive Voice?

With passive voice, you’ll end up with a longer and more complicated sentence, creating more work for the reader to understand what you’re trying to say. For example:

The reader has to turn the sentence around to figure out which animal is doing the chasing.

What is Active Voice?

Active voice uses an action verb, creating a powerful and effective sentence. The subject of the sentence actively does something. The tense of the verb doesn’t matter; present, past and future tense (and others) can all be used in active voice.

It’s a lot shorter, and it’s immediately apparent who is chasing whom.

Is It Wrong to Use Passive Voice?

It’s not wrong, but it’s a weaker sentence structure than active voice. Passive voice takes the focus away from the person or thing doing the action and puts it on the object of that action.

Occasionally this is useful and even preferable. But in typical web writing or marketing communications, you’ll be better off using active voice.

Some people think passive voice sounds more “formal,” but that’s not the case. See for yourself:

Which sentence sounds livelier to you? Does #2 sound unprofessional?

The first sentence is awkward and stilted. You’d never say something like that in conversation. But you might say the second sentence. Active voice flows naturally when you talk, and your writing should flow easily too.

Why You Should Use Active Voice

It’s easy to slip into passive voice when you’re trying not to address your audience directly, but there’s nothing wrong with talking directly to them. In fact, addressing them is a great way to catch their attention and engage them. The effectiveness of your copy is on the line. Which would you rather read on a website?

In the first sentence, the copy never speaks to the customer. In the second, a customer understands immediately what they have to do to cut down on wasted time.

Using active voice focuses on “you” – the customer – rather than the company product. Customers don’t care about your product. They care about how their lives will be easier if they use your product. So give them what they want!

Start using active voice to give your writing a boost. The easier it is to read, the more likely people are to read it.